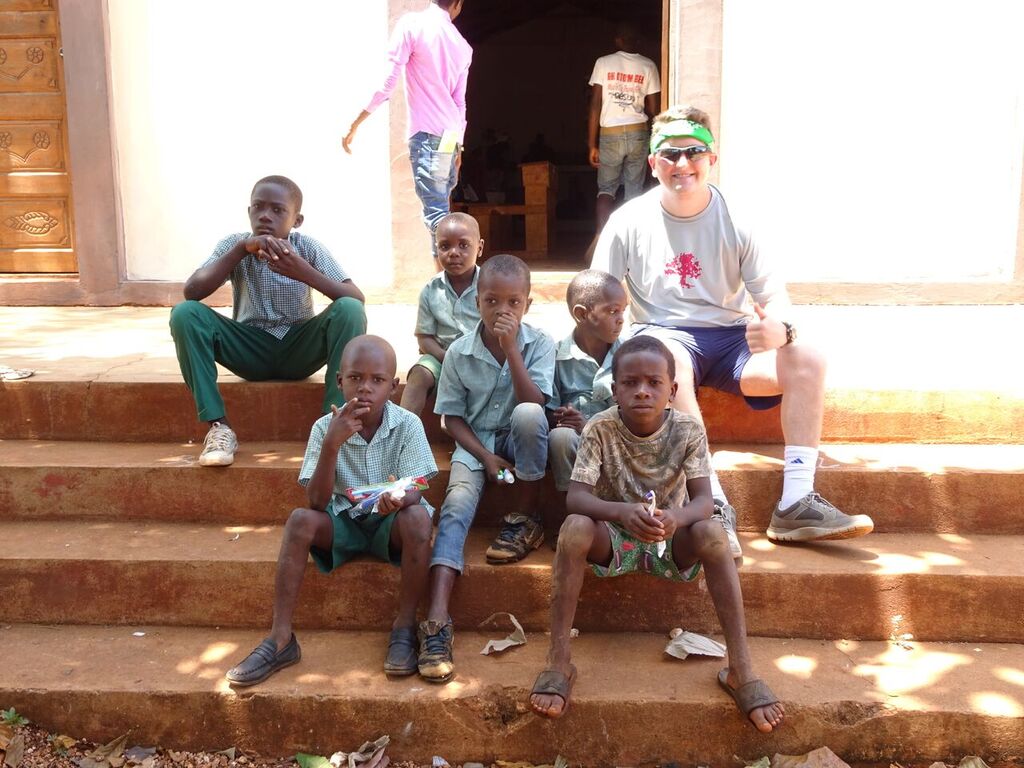 Returning to Haiti for my second mission trip was something special. I got to re-experience everything from my first trip while getting to do new things as well. One cool aspect of these trips is the chance to connect with locals and get a feel of what their journey has been so far and where that journey might be taking them. For me, this connection happened when I walked out on the porch of the guesthouse in Anse-a-Galet to find my dad talking with a boy and his friend who were leaning out the window of the school next door during a break between classes. I decided to join their conversation and soon it was just me and this Haitian teenager having a one-on-one conversation.

His name was Barnabas, which is from the Bible and means son of prophecy. He was smart and could speak English very well. He made it clear that while he dreamed of traveling to the United States for school, he knew the challenges that dream would present. Nonetheless, he was confident in his ability to achieve this goal.

Barnabas was the Haitian equivalent of a rising senior in high school. We discussed the cultural differences between Haiti and the United States. We continued to talk for a while until he had to return to class and we said goodbye to one another.

Later in the day our group decided to go to the beach on La Gonâve. As we were about to leave, Barnabas walked by and asked if he could come with us. On the way to the beach, Barnabas revealed to us that he did not know how to swim. One of our group who was his same age offered to show him the basics. Before long Barnabas looked like a natural. He would swallow the occasional saltwater through his snorkel, but he would always laugh it off and return right back beneath the water.

When we returned after an hour in the ocean, Barnabas thanked us for allowing him to come along and for teaching him how to swim. As I watched him walk home, I thought of the determination and the maturity he already showed in his life. I don’t have a doubt in my mind that with a few basics like good health and education, Barnabas and many other Haitians will overcome obstacles to accomplish everything that they dream.
James Barkley