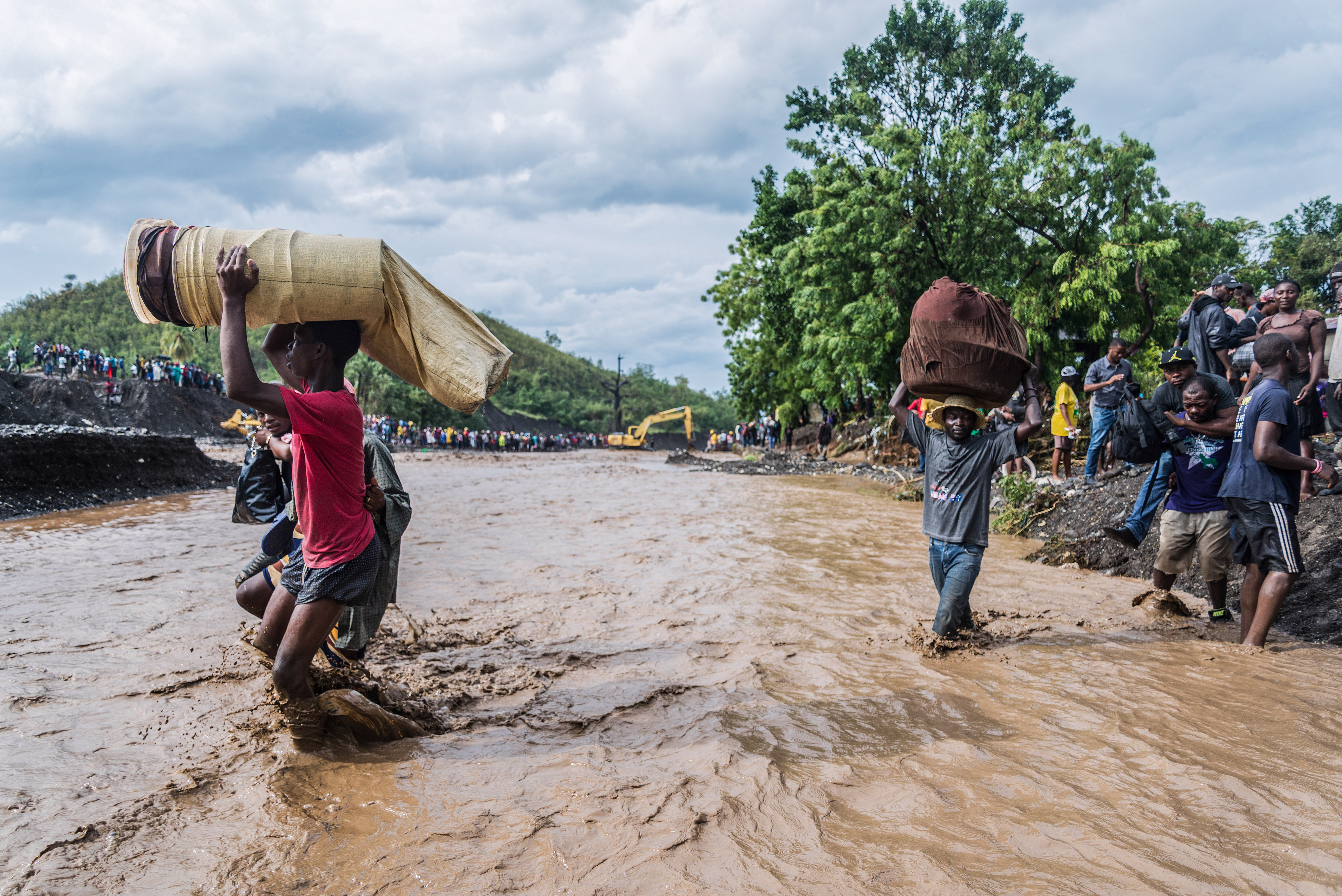 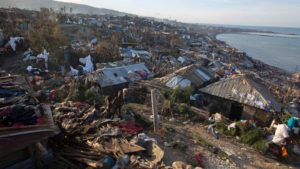 Be Here Now is the title of a book by Ram Das that came out in the 60’s. It is cliche at this point, but the phrase came to me this month, post-hurricane, when we were frantically trying to formulate a response to yet another natural disaster that has affected our partners on La Gonave.

Though communications have been spotty since the storm, we were able to reach Pere Vil, our priest in charge, and ask if the partner trips that had been on the schedule for the last year should be cancelled. Would it be a burden for us to come? Would just sending the money be better? If food was a problem maybe the last thing they needed was 6-8 more people to feed.

When sending out reports on the damage, Pere Vil would answer our questions about whether or not to cancel. “Come,” he said. The people are distraught with the damage and the loss. They need for you to “be here now.”

We were all so touched by this. The notion that being with them through hard times (after all, that is what families do), and the idea that having us witness their struggles and confirm that we were still here for the long term, was the essence of what the partnership strives to convey.

It is not really cliche to strive to be present at all times, but especially when times are difficult and there are so many ways to avoid the heartbreak, the grief, the hard work, and the devastation.

So we go. And with the help of all of you who have given so generously to help with this tragedy, we go with the funds needed to allow them to rebuild. Because, Be Here Now was not just what we were meant to do in Haiti, but we were also moved that all of you chose to Be Here Now and give to yet another catastrophic event in the history of Haiti.

After the Executive Committee and the Board of Directors discussed the issues at hand with Pere Vil, it became clear that sending money so that he could locally buy what was needed to provide emergency shelter and food was the best way to proceed. With the donations you so kindly made, we were able to do that very quickly and they are already seeing the benefits of your generosity. And, the added gift of this course of action is that the merchants on La Gonave who have food and building material to sell, and the electricians and masons who are needing to work as well, are able to make the money they need to help their families during this time. Every dollar you donated will help two families instead of just one.

It is truly a show of character and faith when we are able to hold our place in the face of disaster. I was taught that as a child, but the Haitian people have shown me what it really looks like. Their ability to rise in the morning and face what the day brings with courage and conviction is the definition of faith. I don’t know what to expect when I arrive next week, but one thing I know I will see is neighbor helping neighbor. The young helping the elderly. Men coming together to help other men raise the new roofs, and women sharing what they have left, be it goat, greens, or manioc to ensure that what is left is used to benefit all.

Thank you for joining with us and staying with us on this journey. As these partner trips come and go we will have more detailed information and pictures to share. We don’t want you to feel forgotten in the coming weeks, either. You are the heart of the work we do.