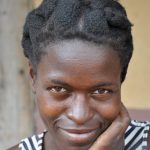 There have been several emails that have gone out stressing the necessity to take special care as you travel to Haiti. As usual, it is not ever as dire as it appears on the cable or network news here in the U.S.  For those of us who travel there on a regular basis, it is a running joke that if 6 Haitians are angry and decide to burn 6 tires in the middle of a street, it is filmed and run in a loop on every TV in the nation.

Incidents like this are often planned and, for the most part, never anything but disruptive for the folks who are trying to go about their daily business.

As of late the political climate of Haiti has become more problematic and we will try to update all of you on what is happening and what we can expect.

As many of you know, the United States Government and the Organization of American States has always been very involved in the elections and political process of Haiti. Five years ago, after primaries had been held, both the U.S. and O.A.S determined, after a partial recount, that Jude Celestin should be removed from second place and Michel Martelly (the current president) should be in the runoff. Martelly then went on to be elected with no political background and has served his five year term. During that time he did not call for elections as the constitution requires and many local seats were vacated and the Parliament was disbanded.

Now, the primary elections have been held again, and there is much protestation about the results, the procedure, and whether or not Martelly will be allowed to stay in office until the problems are resolved.

While it is easy to view this disruption through cynical eyes, from afar, and decide Haiti is hopeless, there are some important things to remember. When Martelly was elected in the 2010-2011 elections it was only Haiti’s third democratic election. Prior to that Haiti had had long periods of American occupation and dictators that had been backed and supported by the US to ensure that communism did not spread to the west and to maintain Haiti as a cheap source of labor for US manufacturers.

So, we are now in the fourth democratic election cycle and, as one can imagine, there are still problems.

As of this week the elections have been delayed, yet again, and in protest one of the two candidates has refused to participate due to charges of voter fraud and tampering. The US and the OAS have issued statements that they support a democratic process in Haiti, but have backed off and are allowing the Haitians to sort some of it out internally. This has long been what Haiti has asked for and what many people thought would be best. It may be that things will get worse before they get better.

Haiti is governed, for all practical purposes, by a wealthy elite who have homes in the US and Canada. There may or may not be a critical mass of educated leaders who can wrestle the government away from the wealthy and organize a government that responds to the needs of the people. Until there are signs of that we may be in for more protests and burning tires.

What we all know is that for the people who try to find work, try to educate their children, try to get decent (or any) health care for them or their families, life remains very difficult. It is only made more so by the recent unrest. The Haitian gourde has been devalued and inflation is rampant. Goods and services have escalated in price beyond what even the working classes can afford. Civil unrest keeps people from low paying jobs and puts more of a burden on their families. Now, more than ever, our presence, our prayers, and our support are their lifeline.

I close with a brief message from someone living in Haiti and passed along by a friend living on La Gonave. It sums up both the problem and our fervent wishes for our friends in Haiti.

Haiti’s presidential elections have been postponed yet again. The final runoff was scheduled for Sunday, Jan 24, but was canceled after violent protests erupted throughout the country on Friday afternoon. In our own area, thousands of people marched up Delmas road with rumored intentions to “burn down Petionville” where the council overseeing the election has its headquarters. Those who were protesting are not in favor of the current presidential front runner taking office. However, there is also a large group of people protesting that the elections must go on because they will not accept a transitional government that the opposition is calling for. And for the majority of Haitians, who choose not to take to the streets this means that their safety is in jeopardy, as are their businesses, their children’s schools, and their property, that the demonstrations have proven to destroy. We covet your prayers for peace in this nation we love. We do not know what the outcome will be, but we know and serve the One who does. 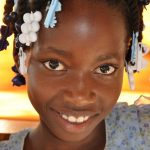 Please keep them in your prayers and continue to support the work that is being done to help them build a better life.